Happy 2017! For the first month of the year, our featured contractor is Joseph Ortiz of Custer Remodeling. Joseph has been in the remodeling industry for 6 years. He started in roofing sales and slowly learned more about the industry through project management. Joseph’s specialty is in roofing and a typical remodel costs between $50,000-100,000.

When asked about his favorite part of the remodeling process, Joseph says “I love when the project is near 60-70% completion and the property owner can start to visualize what everything is actually going to look like. I believe that is when the beauty in the work starts to show.”

His favorite remodeling project was his parent’s home. Joseph says “They wanted to sell and it so we were able to find a budget that allowed us to bring the home up to 2016 standards without over spending. The results were astounding since they had never remodeled the home since it was built in the early 90’s.”

He became a NARI member for the sharing of knowledge and resources as well as the recognition. He believes the most important reason why homeowners should hire a NARI member is because of “the credibility, attention to detail, and desire to produce top level work.”

Find out more about Joseph & Custer Remodeling at CusterRemodeling.com. 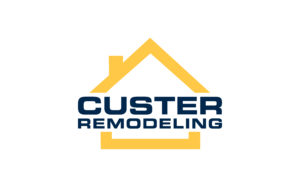